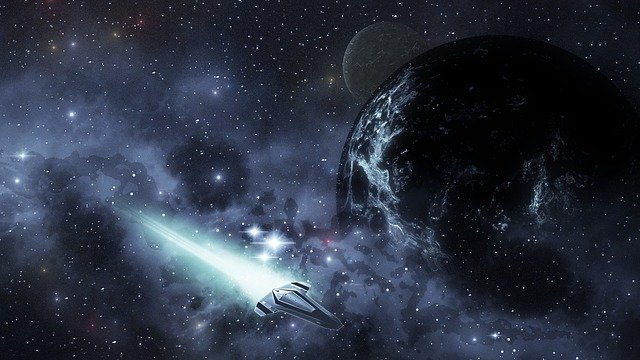 A team of scientists doing research for DARPA accidentally got one "Warp" effect creates a very small object with properties similar to those of the Mexican scientist Miguel Alcubierre in his theoretical work from the 1990s. The "thing" is the result of an experiment with a different purpose carried out by scientists at the Limitless Space Institute.

"When performing analyzes as part of a DARPA-funded project to evaluate the possible structure of energy density in empty Casimir space as predicted by the dynamic model of vacuum," says an im European Physical Journal published article, "a structure was discovered on the micro / nano scale that is negative Energy density distribution signals that comes very close to the requirements of the Alcubierre metric ".

"To be clear, our discovery is not an analogue of one Warp bubblebut a real, albeit humble and tiny, warp bubble, "White said in a statement that Harold G. White considered a former NASA-Warp drive specialist presented. So it leaves no doubt what the discovery is. According to the rules of science, this must be imitated by other teams. If the mechanism of formation of negative energy Confirmed, the challenge facing scientists is to enlarge the phenomenon so that it becomes useful, especially with regard to new species of, of course Power Type.

While conducting analysis in the context of a DARPA-funded project to evaluate the possible structure of energy density in a Casimir cavity, as predicted by the dynamic vacuum model, a micro / nano-scale structure was discovered that was negative Energy density distribution predicts the requirements of the Alcubierre metric corresponds exactly. The simplest fictional geometry analyzed as part of the DARPA-funded work consists of one Standard Casimir cavity with parallel plates equipped with columns arranged along the median plane of the cavity to sense a transient electric field created by the vacuum polarization believed to occur along the median plane of the cavity. An analytical procedure, called the World line numerics, was adapted to numerically assess the response of the vacuum to the bespoke Casimir cavity, and the results of this numerical analysis were a two-dimensional representation of the energy density requirements for the Alcubierre warp metric qualitatively quite similar. Subsequently, a toy model consisting of a sphere with a diameter of 1 m, which is located in the center of a cylinder with a diameter of 4 m, was analyzed in order to determine a three-dimensional Casimir energy density that goes well with the requirements of the Alcubierre warp -Metric correlates. This qualitative correlation suggests that chip-scale experiments could attempt to measure tiny signatures that illustrate the presence of the suspected phenomenon: a real one, albeit modest Warp bubble.