Strange similarities between the human brain and the universe 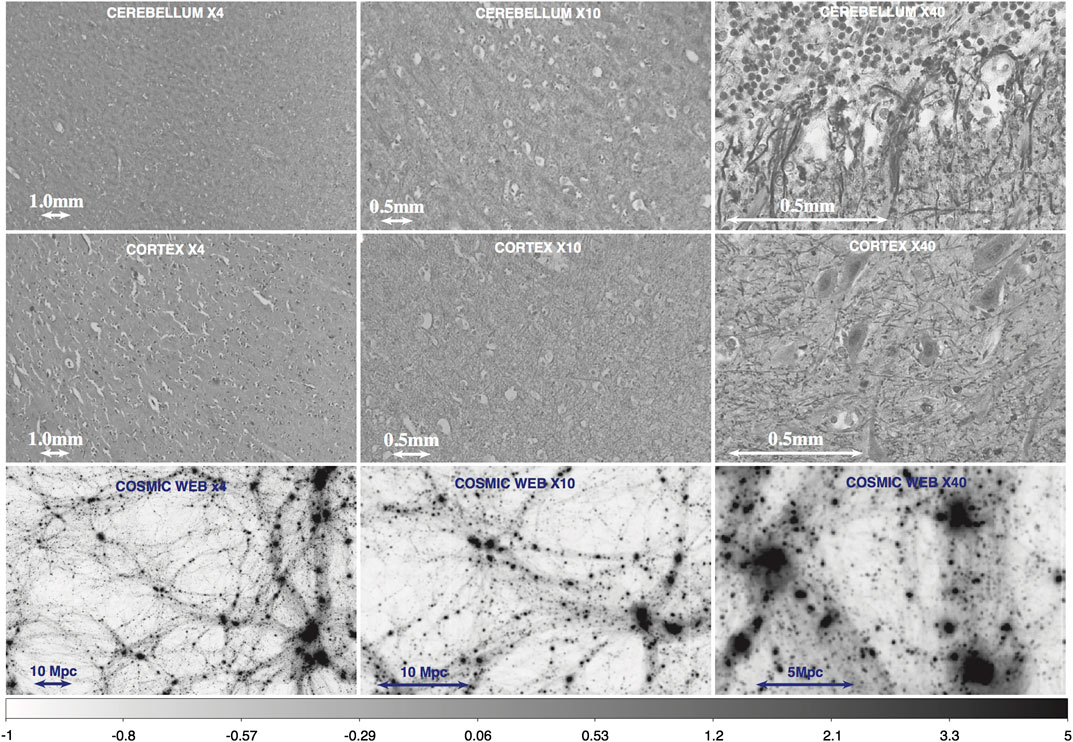 An astrophysicist from the University of Bologna and a neurosurgeon from the University of Verona compared the network of nerve cells in the human brain with the cosmic network of galaxies. These analyzes show that the structures of the observable universe are surprisingly similar to the neural networks in the human brain. Research suggests that the laws governing the development of the brain and the cosmos could be the same. One of the fascinating peculiarities of the world around us is that different shapes and patterns appear in very different contexts. For example, the golden spiral (the Fibonacci spiral) is found in a snail shell and in the shape of a spiral galaxy, and the vein pattern echoes in a branch of lightning.

In a bold new study published in Frontiers in Physics (https://www.frontiersin.org/articles/10.3389/fphy.2020.525731/full) was published, the astrophysicist and neurosurgeon used quantitative analysis to compare the two most complex systems in nature: the neural network in the human brain and the cosmic network of galaxies in the universe. In fact, this isn't such a strange comparison. Images have been circulating on the Internet for a long time that show a network of neurons on the one hand and a cluster of galaxies that look astonishingly similar on the other.

They explained their work back in 2017. "Galaxies can group into giant structures that extend over hundreds of millions of light-years. The boundary between these structures and the adjacent empty spaces can be extremely complex. Gravity accelerates the matter on them Boundaries at speeds of thousands of kilometers per second, creating shock waves and turbulence in intergalactic gases, we predicted that such boundaries would be some of the most complex places in the universe that can be characterized by the number of bits of information needed to describe them. This led us to ask the question: Are similar structures more complex than the human brain? - wrote the scientists in the Nautilus quarterly.

The degree of complexity and self-organization

The starting point was to find similarities between the two structures examined. The human brain contains about 69 billion neurons, and there are 100 billion galaxies in the observable universe. According to the authors of the publication, this is one of the similarities.
Another similarity is the way it is organized. The two systems are arranged in a well-defined network, with the nodes connecting them in a unique way. The flow of information and energy makes up only about 25% of the mass and energy of any system.

Other similarities between the brain and the cosmos

After discovering the above similarities, the researchers made a quantitative comparison of the two structures using images. For this purpose, illustrations of the human brain and simulations of the appearance of the spatial network have been compiled.

- Our analysis has shown that the distribution of neural networks on a scale from 1 micrometer to 0,1 millimeter is similar to the distribution of matter in a spatial network, but of course on a larger scale, between 5 million and 500 million light years " adds the researcher.

But that's not all. The team also examined other morphological characteristics, such as the number of connections between key nodes in both networks. On average, the spatial network had 3,8 to 4,1 connections per node, while the brain had an average of 4,6 to 5,4 connections per node. In addition, both systems showed a tendency to concentrate connections around central nodes. All of this makes the brain and the universe have similar information capacities.

This does not mean that the universe is a huge brain or a huge structure that is able to feel. Research suggests that the laws governing the development of the brain and the universe could otherwise be the same.