New plasma drive lets you travel to the outer planets of the solar system? 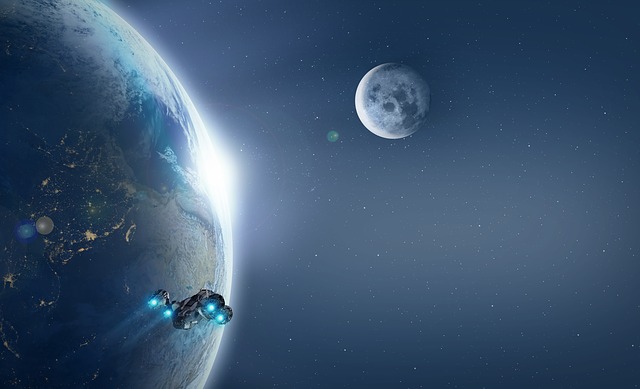 Fatima Ebrahimi, Princeton physicist Plasma Physics Laboratory (PPPL), is the author of a new rocket propulsion concept that would enable astronauts to reach the outer planets of the solar system. Her idea is to use a magnetic field to accelerate plasma particles and use them to propel a spacecraft.

“The idea came to me in 2017 while I was sitting at my desk and pondering the similarities between the gases coming out of a car's exhaust and the fast-moving particles produced by the National Spherical Torus Experiment (NSTX). This generates during operation tokamak magnetic bubbles, so-called Plasmoidmoving at about 20 km / s. To me it looked like a jet, ”says the scientist.

The ones currently under development Plasma motors use an electric field to accelerate the particles. They are able to generate a low specific impulse, i.e. particles with low speed. Calculations and computer simulations at the National Energy Research Scientific Computing Center have shown that those described by Ebrahimi Plasma engines Can emit gases at hundreds of kilometers per second. That's 10 times faster than current drives.

And the higher the speed at the beginning of the journey, the faster we will reach our destination. Long-distance transports into space can take months or years because the momentum of specific chemical-powered rockets is very low, so that the vehicle can only accelerate slowly, says Ebrahimi. However, if we drive by magnetic reconnection use, we can cover greater distances in less time.

Ebrahimi's concept differs from similar ideas in three major ways. First, she suggests using more magnets and varying the strength of the magnetic fields, which allows precise speed adjustment. Second, its propulsion system uses both plasma particles and magnetic bubbles, Plasmoids. No other similar concept postulates their use. And third, unlike plasma motors which use magnetic fields, the Ebrahimi motor allows the use of heavy or light atoms. This allows the propulsion system to be adapted to the mission objectives. While others Plasma motors Requiring the use of heavy atoms like xenon, this concept can use any type of gas, the scientist assures. For example, the authors of a particular mission might choose a gas with lighter atoms that move faster.