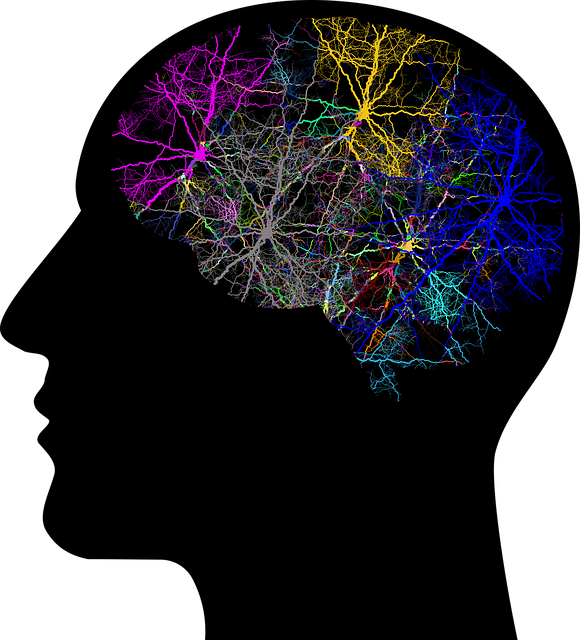 When scientists began in the early 20th century, the Brain activity using electrodes, they noticed signals they called "brain waves." Since then they have been the subject of intensive research. We know that waves are a manifestation of synchronized neuronal activity and that changes in wave intensity indicate decreasing or increasing activity of groups of Neurons represent. The question is whether and how these waves are involved in the transmission of information.

That question was answered by Tal Dalal, a PhD student at Bar-Ilan University's Multidisciplinary Brain Research Center. From a paper published in Cell Reports, researchers found that the degree of synchronization of the brainwaves in the field of information transmission have changed. They then examined how this affected the transmission of the information and how it was understood by the area of ​​the brain that it reached.

Detect cancer in a drop of blood 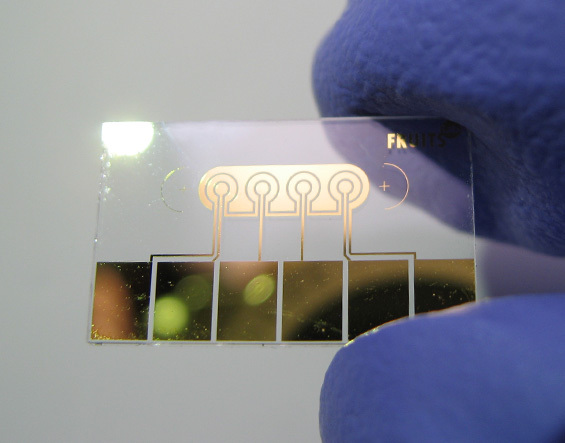 A group of researchers led by Ms. Cho Yoon-kyoung from the Institute of Basic Research (IBS) in Korea has one biosensor developed by analyzing a drop of blood cancer can recognize. The chip consists of nanoporous gold electrodes. The researchers named the development process SEEDING, which is an English acronym for the technique - "surfactant electrochemical etching and deposition process for the growth of nanostructures and nanopores".


Tests of the new biosensor have confirmed that it enables rapid detection of prostate cancer in patients by analyzing blood and urine samples. This is made possible by detecting a specific type of protein associated with cancer-causing exosomes. The method is much faster and more convenient than previously known methods of sample analysis, which require separation and dilution of biomarkers, which is usually done in large medical facilities or laboratories.

A non-invasive ultrasound-based procedure developed and tested at the University of Michigan destroys a large proportion of the rat's Tumor cells of liver cancer and aids in reducing lesions in the body Immune system in combating the further spread of the disease.


According to the researchers, destroying 50 to 75 percent of the tumor's volume meant that the rats' immune systems were able to remove the rest on its own without showing signs of recurrence or metastasis in more than 80 percent of the test animals. According to the scientists who conducted the experiments, their new method stimulates the immune system to continue fighting cancer. 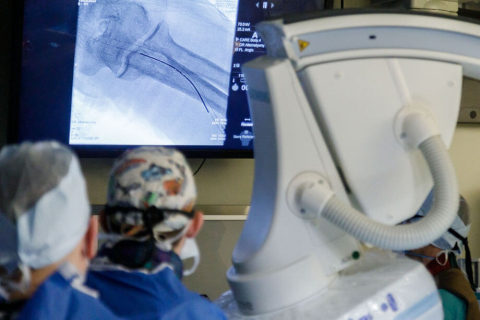 A team of doctors from the University Hospital of the Medical University of Warsaw (UCK WUM) performed an innovative procedure to create an arteriovenous fistula using an endovascular method. As pointed out in the university's announcement, this is the first such solution to be applied in Central and Eastern Europe. On April 12, the fistula was used to hemodialysis to be performed on the patient. The patient feels good.

The procedure was performed 2 months ago (February 15). The team consisted of radiologists, surgeons, anesthesiologists and nephrologists. The WUM specialists were supported by a world-renowned specialist in vascular and endovascular surgery, dr Tobias Steinke from the Schoen Clinic in Düsseldorf.

Image source: University Hospital of the Medical University of Warsaw 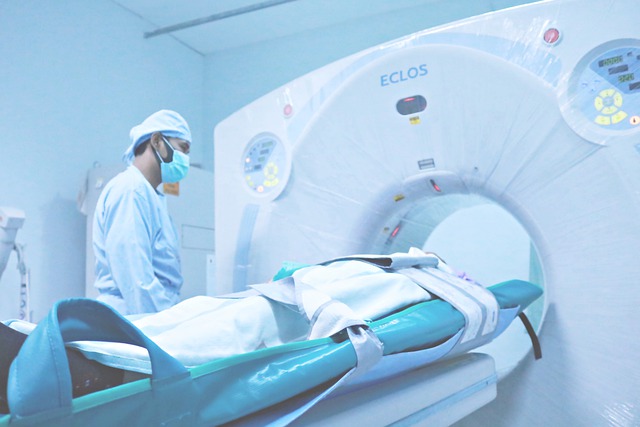 German researchers have developed a device that hopes for the use of the so-called Dark field computed tomography (CT) in clinical application on humans. If dark field could be used successfully in diagnostics, CT scans would provide much more detailed information than today.

The CT used X-raysto get pictures. The device collects information about the absorption of radiation in different tissues. The data collected in this way is then analyzed by computer software, which creates readable images from it. Darkfield CT can provide additional useful information as it allows the measurement of properties of the X-rays allows that at the current tomography are not taken into account.

"Hairy" cellulose could reduce side effects of chemotherapy 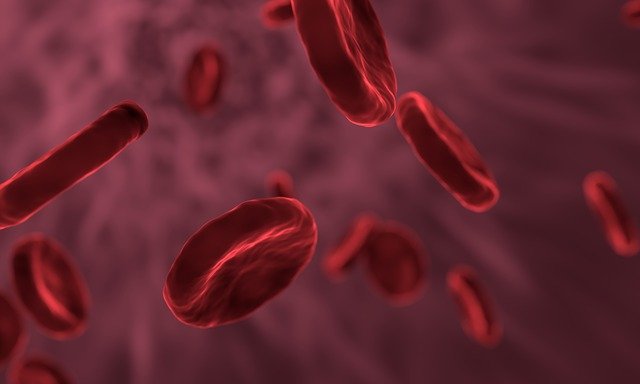 A new Nanomaterial can "stray" chemotherapeutic molecules intercept before they can damage healthy tissue. Therefore, there is hope that the side effects of chemotherapy both during and after treatment. The main component of the nanomaterial are "hairy" nanocrystals made of cellulose. The developers claim that 1 gram of such crystals is more than 6 grams of commonly used chemotherapy drug doxorubicin (DOX) can capture. This makes it 320 times more potent than previous DNA-based alternatives.

The taking of cancermedication brings with it a whole range of side effects, such as B. hair loss, the development of anemia and jaundice. Scientists are trying to minimize these effects by looking for ways to increase the concentration of the Blut circulating chemotherapy drugs. Among the proposed solutions are the use of catheters with special resins or the introduction of with DNA coated magnetic nanoparticles into the body.

A strategy outside of the chemical repertoire is use physical methods such as ultraviolet light, gamma radiation, or heat. While these methods are effective in inactivating pathogens, they cause severe tissue damage and therefore cannot be used in clinical practice.

It is for this reason that some scientists are interested in this visible light. At low intensity it is gentle on the tissue and at the same time has the ability to inactivate bacteria, viruses and other pathogens. Specialists studying this problem are especially interested in Femtosecond laserthat emit ultrashort light pulses, the duration of which is specified in femtoseconds (1 femtosecond is 1/1 000 000 000 000 000 second). 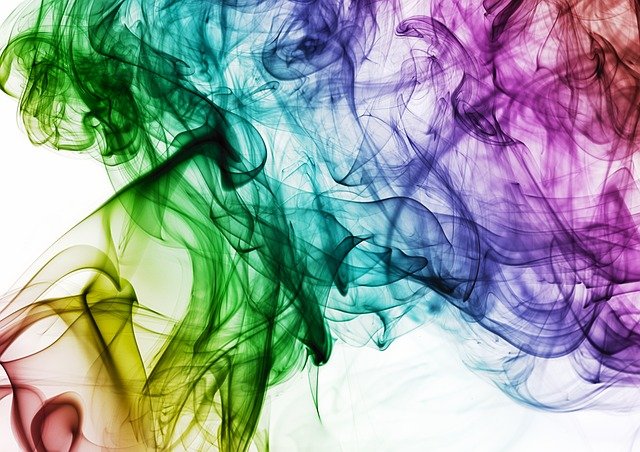 Josef Käs from the University of Leipzig and Ingolf Sack from the Charité-Universitätsmedizin Berlin have shown that the spread of Brain tumor cells depends on both their physical and biomechanical properties. According to the researchers, a small change in the elasticity of glioma cells - the most dangerous brain tumor - significantly changes its ability to metastasize.

Sack is a chemist and Käs is a physicist. Both specialize in cancer research, but from different perspectives. Sack studies the mechanical properties of fabrics and has the technology of Magnetic resonance elastography developed a combination of low frequency vibrations and Magnetic resonance. It is used to track the progress of diseases. Käs, on the other hand, works with one optical trap, in which soft miniature objects such as cells can be deformed with the help of lasers to create their elasticity and to investigate deformability.

Digital Think Tank warmly congratulates the StartUp Silent Ht Solutions under the leadership of PD Dr. Martin Friedrich for the third prize in the “Starter Prize 2021”! We wish you continued success with the innovative product. For those who want to see a short sketch of the project, here is a video:.