An unusual feature of the human brain. We have an amazingly low density of ion channels 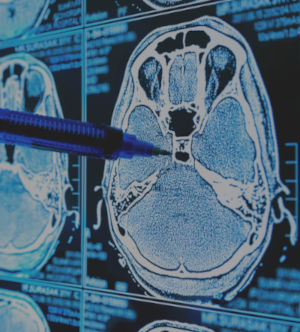 Scientists at MIT were amazed to find that compared to other mammals, human neurons have a lower density of ion channels than one would expect. Ion channels generate the electrical impulses through which Neurons communicate. This is another amazing observation about the structure of the Brain.

Scientists hypothesize that because of the lower density of ion channels, the human brain has evolved to work more efficiently and save energy for other processes required to perform complex cognitive tasks. If the brain can save energy by reducing the density of ion channels, it can use the saved energy for other processes, said Professor Mark Harnett of the McGovern Institute for Brain Research on MIT.

He and Dr. Lou Beaulieu-Laroche compared neurons from different mammalian species and looked for patterns in them that underlie the expression of ion channels. They examined two types of voltage-gated potassium channels and the HCN channel of pyramidal neurons in layer V of the cerebral cortex. Scientists studied 10 mammals: Etruscan shrews, Mongolian sliders, mice, rats, rabbits, marmosets, macaques, guinea pigs, ferrets, and human tissue collected from patients with epilepsy. They performed the most extensive electrophysiological Studie this kind through.

The scientists discovered that as the size of the neurons increased, so did the density of the Ion channels increases. Such a relationship exists in 9 of the 10 species studied. Species with larger neurons and therefore a lower surface-to-volume ratio have a higher one Ionic conductivity of the cell membranes. Humans are an exception to this rule.

This was a startling discovery, as previous comparative studies had shown that the human brain is constructed like the brains of other mammals. We were therefore surprised that the human neurons are different, "says Beaulieu-Laroche.

Scientists believe that the lower density of ion channels in the Brain by H. sapiens to lower the energy costs for ion transmission so that the brain can use this energy for other tasks, such as: B. for making more complex connections between neurons.