Scientists have managed to find out some properties of Einsteinium 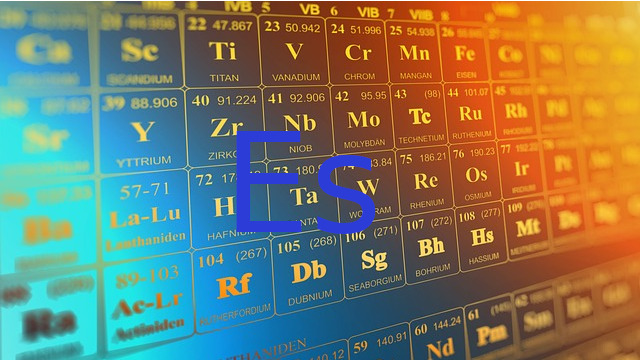 The Lawrence Berkeley National Laboratory (LBNL) succeeded in making the first measurements of the atomic bond length of einsteinium perform. This is one of the fundamental properties of the interaction of the element with other atoms and molecules. Even though einsteinium Discovered 70 years ago, not much is known about it. This is because the element is very difficult to obtain and highly radioactive.

einsteinium was discovered in 1952 by Albert Ghiorso in the remains of a thermonuclear bomb explosion. During the explosion, the nucleus of 238U captures 15 neutrons and 253U is created, which becomes 7E after the emission of 253 electrons.
The scientific team, led by Professor Rebecca Abergel from the LBNL and Stosh Kozimor from Los Alamos National Laboratory, had less than 250 nanograms of the element available.

"About einsteinium not very much known. It is quite an achievement that we were allowed to do research on it in inorganic chemistry. This is important because we now have a better understanding of how Einsteinium behaves and can use that knowledge to develop new materials and new technologies. Not necessarily with einsteiniumbut also with other actinides. We will also have a better understanding of the periodic table of the elements, "says Abergel.

The investigations were carried out in modern research facilities: Molecular Foundry at Berkeley Lab and Stanford Synchrotron Radiation Lightsource at the SLAC National Accelerator Laboratory. The researchers used Luminescence spectroscopy and X-ray absorption.

But before the research could be carried out, Einsteinium itself had to be extracted. It wasn't easy. The element was manufactured in the High Flux Isotope Reactor at Oak Ridge National Laboratory. This is one of the few places in the world where Einsteinium can be produced. It is created by bombarding a Kyur with neutrons. This triggers a whole chain of chemical reactions. And this is where the first problem occurred. The sample was heavily contaminated with California. Getting the right amount of pure Einsteinium is extremely difficult.

The team of scientists had to abandon the original plan to use X-ray crystallography, a technique that is considered the gold standard for studying the structure of highly radioactive samples. This technique requires a purely metallic sample. It has therefore become necessary to develop a new examination technique that enables the Einsteinium structure of a contaminated sample. Los Alamos scientists came to the rescue by developing a suitable instrument to collect the sample.

Later the decay of einsteinium be mastered. The scientists used 254, one of the more stable isotopes, with a half-life of 276 days. They only had time to conduct some of the planned experiments when the pandemic broke out and the laboratory was shut down. By the time the scientists were able to return there, most of the element had already decayed.

Still, they were able to measure the length of the atomic bonds and determine some properties of Einsteinium that differed from those of the rest Actinides distinguished. “Determining bond lengths may not sound very interesting, but it's the first thing scientists studying how metals combine with other molecules want to know. What kind of chemical interactions occur when the examined atom combines with others, ”says Abergel.

Once we know how the atoms will arrange themselves in an Einsteinium-containing molecule, we can look for the chemical properties of those molecules that interest us. It also allows us to determine trends in the periodic table of the elements. With such data available, we better understand how all actinides behave. And we have elements and their isotopes that are useful in nuclear medicine or in energy production, explains Professor Abergel.

The discovery will also allow us to understand what lies beyond the current periodic table and could facilitate the discovery of new elements. We are now really starting to understand better what happens as we near the end of the periodic table. We can also schedule Einsteinium experiments to discover more elements. For example, the elements that we have come to know in the last 10 years, such as the tene, were discovered with the help of Berkel. If we can get enough pure Einsteinium, we can use this element as a target in experiments that create new elements. Let's approach the theoretically calculated island of stability in this way. This island of stability is the theoretically calculated area of ​​the Periodic table, in which superheavy elements can exist for minutes or maybe even days, in contrast to the currently known superheavy existing elements, whose half-decay times are counted in microseconds.