Quantum computer. The Jiuzhang device is much faster than supercomputers 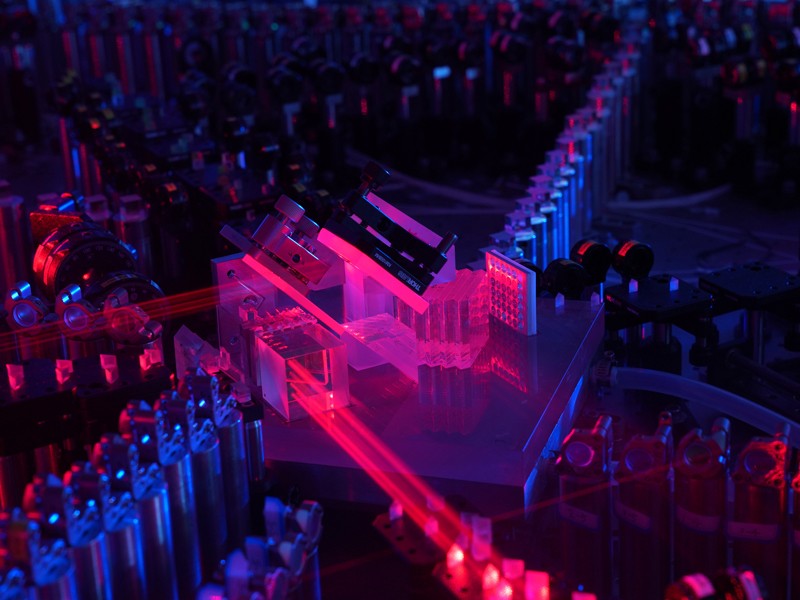 A team of Chinese scientists has one quantum computers which, according to its authors, demonstrates the superiority of quanta. The advantage of the Jiuzhang calculator manifests itself in the computing speed. According to the Chinese research team, it took their quantum computer just 200 seconds to perform calculations that would take the fastest conventional computer millions of years to do.

Last October, Google officials confirmed an earlier media report on achieving quantum supremacy. The Sycamore computer they created seemed a long-awaited breakthrough in the Quantum computing to be. Google engineers reported that their quantum computer solved a problem in just over three minutes that would take even the best conventional machines thousands of years to solve.

Quantum computers can far outperform conventional machines. The goal is the so-called "Quantum SupremacyThe Sycamore computer only achieved this advantage in one very specific case. The experiment by Google engineers consisted in performing random operations on qubits and reading the result. The resulting sentence of digits encoded in a binary system has been checked to ensure that their distribution is really random.These calculations are not particularly useful, but they have a major impact on the computing power of the device.

Quantum computers are still a new field. Scientists around the world are working on very different projects. Chinese scientists have provided information about their quantum computer and its performance in "Science". However, your computer is different from Google's machine.

Sycamore is based on qubits, i.e. quantum bits that are represented by highly cooled superconducting materials. While classic computers perform calculations with bits that can have one of two states (usually represented by 1 or 0), the quantum bits, or qubits, can exist in several states at the same time. This enables them to solve problems faster than classic computers.

But although the theories that predict that quantum computation will defeat these classical computations have existed for decades, building practical quantum computers proved much more difficult.

Scientists from China have created a quantum computer based on photons. They used laser beams to do calculations that were virtually impossible on normal computers. This is what is known as Gaussian Boson sampling (GBS). Jiuzhang accomplished in minutes what would take millions of years on the best supercomputers in existence.

The problem with boson sampling is to compute the probability distribution of many bosons - categories of elementary particles including photons - whose quantum waves interfere with each other so that the position of the particles is essentially plotted. In other words, it is about calculating the output power of a linear optical circuit that has multiple inputs and outputs.

Chinese scientists have constructed a machine in which the photons are sent in parallel with the circuit, and once inside they are separated by beam splitters or mirrors. It's worth noting that when two photons hit the same beam splitter at the same time, they both take the same path. The task of the boson sampling method is to guess the distribution of the photons at the output - to guess from the photon configuration at the input of the output configuration. Conventional computers very quickly get stuck in a dead end when trying to calculate the distributions of such a system.

Jiuzhang was built to handle 100 inputs and 100 outputs with 300 beamsplitters and 75 mirrors. The entire optical system was interconnected so that every photon could enter the system at any point and exit again at any point.

The Jiuzhang computer developed by Chinese scientists found a solution to the problem of scanning the boson in 200 seconds. The scientists also estimated that such calculations on the Chinese supercomputer TaihuLight (which is currently considered the third most powerful supercomputer in the world) would take 2,5 billion years.