The existence of a Chandler free oscillation was discovered on Mars. This will allow us to understand the earth better 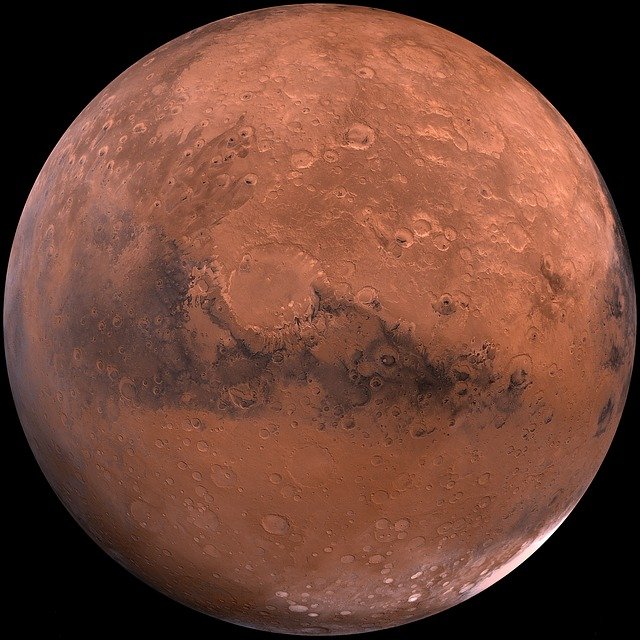 Mars is the second planet after Earth on which the Chandler vibration was found and measured. This was done by a team from the Jet Propulsion Laboratory, the California Institute of Technology and the Belgian Royal Observatory Chandler free oscillation is the deviation of the earth's axis of rotation relative to the rigid earth's crust. In the case of the earth, the period of the Chandler oscillation is about 433 days, during which the earth's axis of rotation at the north pole moves in an irregular circle with a diameter of about 8-10 meters. The existence of such an effect was confirmed as early as 1765 by Euler predicted, and its existence was confirmed by the astronomer Seth Carlo Chandler in the late 19th century. The free oscillation after Chandler is an example of a movement that a freely rotating body that is not a sphere experiences.

But while this movement could be measured in the case of Earth, we cannot measure it in other planets. It takes many years of precise measurements. They were just made for Mars.
An American-Belgian scientific team used data collected by the Mars Reconnaissance Orbiter, Mars Global Surveyor and Mars Odyssey over an 18-year period. The gravitational influence of Mars that the planet exerts on the satellites made it possible to establish the existence of the Chandler free oscillation. In the case of the Red Planet, however, it is much smaller than on Earth. The deviation of the axis is about 10 cm, and its period is 200 days.

It is interesting that the calculations show that the Chandler vibration should disappear after a while. In both the case of Earth and Mars, it has existed longer than it should. This, in turn, suggests that the vibration is being influenced by a factor that science has not yet discovered. Finding this factor should be easier for Mars than Earth because the Red Planet has much less complex geography, atmosphere, and internal structure. This shows the importance of the measurement just taken Chandler vibration for Mars is.