Addendum to Medicine 4.0 made in Göttingen: Silent Ht Solutions GmbH

After the publication of our article (Medicine 4.0 on the advance), we received many inquiries on the above topic. PD Dr. Friedrich provided us with a video that we would like to present. In this pitch video, the managing director of Silent Ht Solutions GmbH the technology and the entire concept behind it. For more information, visit the company here (http://silent-ht-solutions.com/) Have fun with it!

Medicine 4.0 on the advance

A newly founded Göttingen start-up that Silent HighTech Solution GmbH (http://silent-ht-solutions.com, PD Dr. Martin Friedrich),  offers a product that optimizes and coordinates the processes in the operating room and increases the safety of the treatments carried out in the hospital. Before we turn to the description, first of all, congratulations on founding the entire Digital Think Tank team! Göttingen - the city that creates knowledge!

It is about that Silent Operating Theater Optimization System (SOTOS) and is a for use in loud High-tech environments developed, noise-reducing information management system. The system was developed at the University Medical Center Göttingen under the direction of PD Dr. Friedrich for use in cardiac surgery or for robotic surgery (DaVinci). Overall, the team performance can be significantly improved by using the SOTOS® communication environment, which is particularly important for OR work environments (Robot-assisted DaVinci applications and cardiac surgery) was elaborately validated.

Scientists have succeeded in partially reversing the aging of human cells

Researchers from Tel Aviv University and Shamir Medical Center have stopped and reversed some key aspects of human cell aging. In their research, they used what is called the hyperbaric Every time a cell replicates in our body, we lose a piece of our youth. All by shortening the telomeres, the structures that protect our chromosomes from damage when copied. Understanding this process is considered the "holy grail" of aging biology. Researchers from Israel claim that in a small study of 26 patients they succeeded in reversing the shortening process and thereby increasing the length of the telomeres. A description of the study was published in the journal "Aging" released.

How can the aging process be reversed?

Light instead of tablets?

Star Trek sends its regards again. Who doesn't know the scenes from the series when Dr. Crusher with a medical device from which light comes out, carries out healing processes. Most people have probably heard that light cures seasonal mood disorders. However, it turns out that photons have a lot more power. According to new research, light can aid the treatment of other mental disorders as well as the brain after injuries or the skin. Many of the light therapies are likely to be used at home. 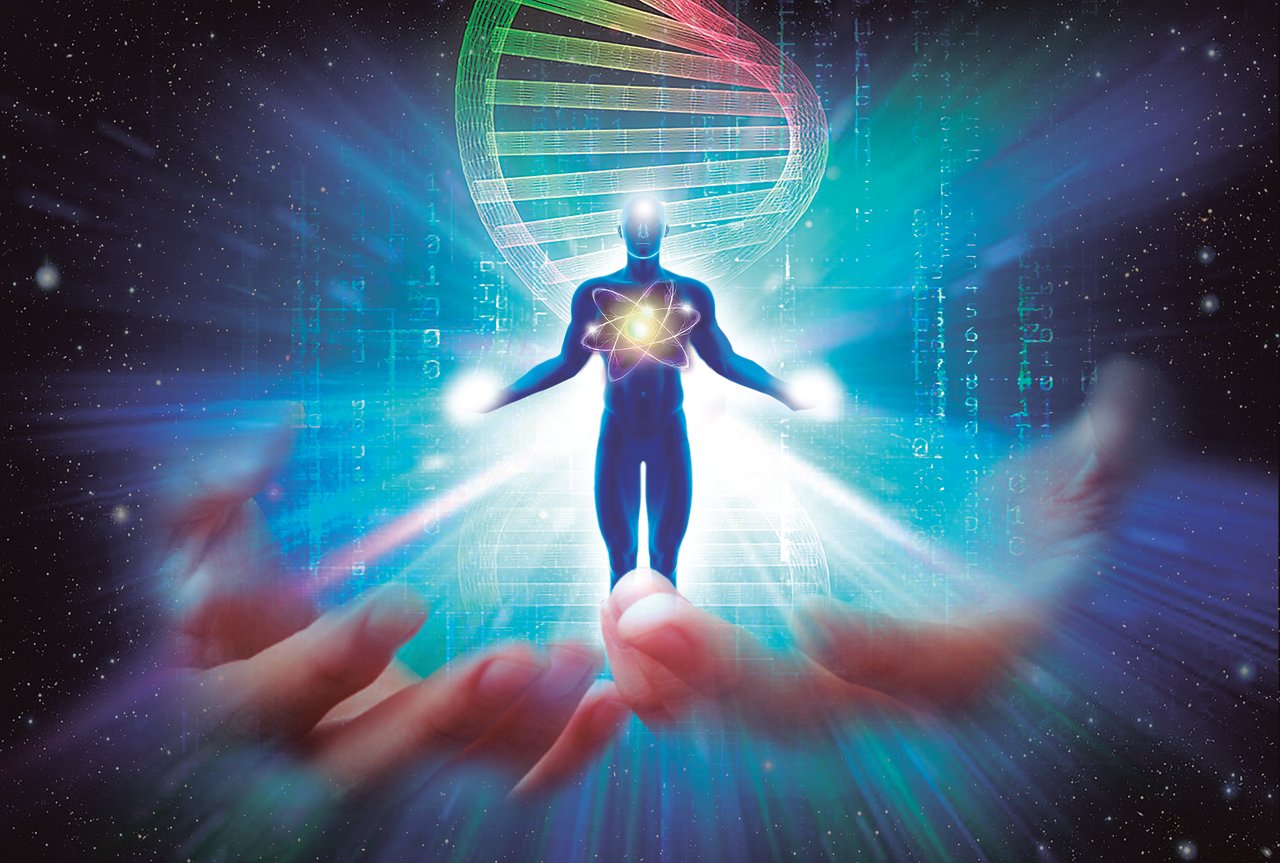 So far, however, in many cases there have only been preliminary studies on the use of different light waves to treat various health problems. The results are promising, but the groups of participants in these experiments are too small to draw categorical conclusions. Still, they are encouraging because the results suggest new methods to aid in treating various health problems.

For example, researchers from the University of Arizona recently reported that they had been successful in helping people with migraines ("cephalgia") using the green light. It is a disease that affects a billion people worldwide, including children. The study included 29 volunteers with migraines who are resistant to typical treatments. Unfortunately, despite advances in medicine, she still has problems coping with the disease. The researchers used a 10-week treatment in which the patients were exposed to the green light. After treatment, the number of headache attacks per month decreased by a total of 60%. 83% of the patients with episodic migraines and 63% with chronic migraines decreased by half.

Experimental therapy destroys cancer cells without the use of drugs

The nanoparticles, which are deadly to cancer, can be used to fight the disease by obscuring their true nature. Nanoparticles, which are "camouflaged" as amino acids necessary for the development of cancer, can penetrate the cancer cell and, following the principle of the "Trojan horse", blow it up from the inside. The method proved to be very promising in laboratory experiments.

This "Trojan horse" is actually a nanoparticle covered in the amino acid L-phenylalanine, which is essential for cancer cells to survive and grow. L-phenylalanine is not produced in the body and has to be ingested from food, usually meat and dairy products, "said researchers at Nanyang Technological University (NTU) in Singapore. Their research was published in the journal"Small" released.

For the first time, scientists from UMG and the Cluster of Excellence "Multiscale Bioimaging" (MBExC) and the German Center for Neurodegenerative Diseases (DZNE) have succeeded in creating neuronal networks with functions of the human brain from human, induced pluripotent stem cells. The tissues known as Bioengineered Neuronal Organoids (BENOs) show the morphological properties of the human brain. They also develop functions that are important for the development of learning and memory functions. Published in Nature Communications.

Left: Representation of a “Bioengineered Neuronal Organoid” (BENO) produced according to one of Zafeiriou et al. published procedure; the formation of the neural network structure is shown by the coloring of neural marker proteins (microtubule-associated protein 2; blue) and neurofilament (green) as well as glial cells (glial fibrillary acidic protein; red). Scale: 0,5 mm. Right: Enlargement of the neural network structure in a BENO. After the neurofilament protein is colored, neuronal axons are shown in green, activating glutamatergic neurons in red and cell nuclei in blue 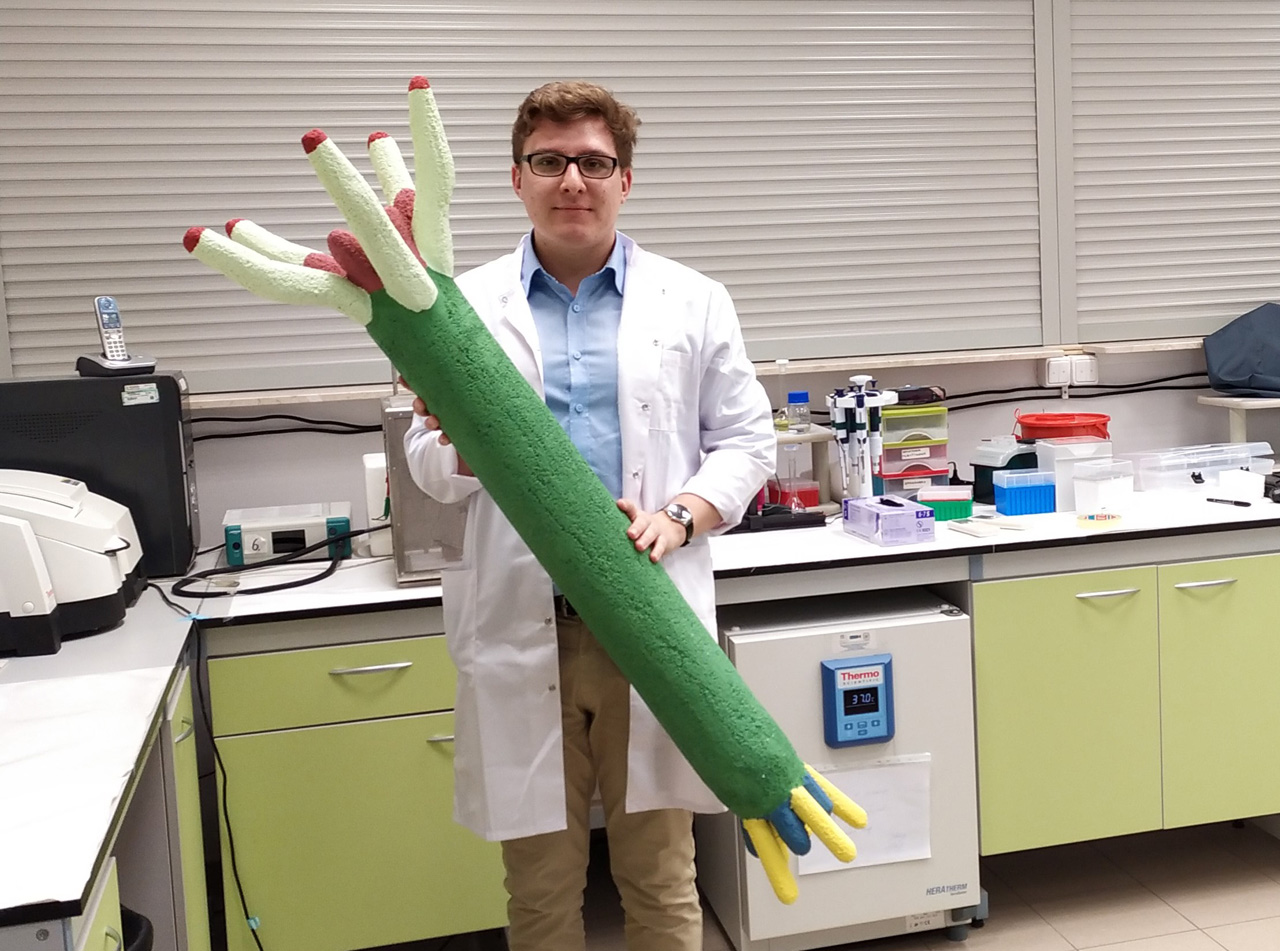 The idea of ​​a young scientist from Poland was rewarded.

The student Sebastian Machera is developing technology that can help many patients while improving medical procedures. For his research he received an award in the prestigious EUCYS competition (for outstanding researchers under the age of 21). He is developing his project at the Institute of Physical Chemistry of the Polish Academy of Sciences (PAN).

Sebastian Machera decided at an early age to take a closer look at cardiovascular diseases. This clinical picture is one of the most common causes of premature death in most highly developed countries.

The young scientist wants to develop a sensor that can help diagnose people with a heart attack more quickly. His idea was recognized by the EUCYS jury. The researcher received first prize in the Polish edition of this prestigious competition. The laureate is studying at the Medical University of Warsaw and biotechnology at the Technical University of Warsaw.