Gravitational waves can help explain the asymmetry between matter and antimatter 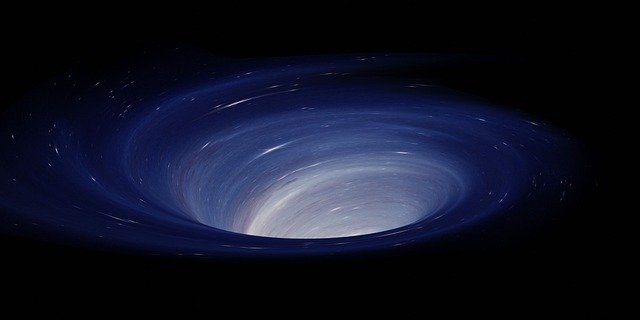 People, earth or stars came into being because more in the first second of the universe's existence matter as a Antimatter was produced. This asymmetry was extremely small. For every 10 billion particles of antimatter there are 10 billion + 1 particles of matter. This minimal imbalance led to the creation of the material universe, a phenomenon that modern physics cannot explain.

Because from the theory it follows that exactly the same number of matter and antimatter particles must have arisen. A group of theoretical Physiker has determined that it cannot be ruled out that we are able to produce non-optical solitons - Q-balls - to discover, and that their discovery would enable us to answer the question of why more matter than antimatter arose after the Big Bang.

Physicists currently assume that the asymmetry of matter and Antimatter formed in the first second after the Big Bang and that the emerging universe rapidly increased in size during this time. However, verifying the theory of cosmological inflation is extremely difficult. To test them, we would have to have huge ones particle Accelerator and supply them with more energy than we can generate.

However, a US-Japanese team of scientists, including specialists from Japan's Kavli Institute of Physics and Mathematics of the Universe (Kavli IPMU) and the University of California, Los Angeles (UCLA), believe that non-topological Q-ball solitons can be used to test the theory. Because one of the theories about the imbalance between matter and antimatter is that it was created through a complex process called Affleck-Dine baryogenesis. In its course, the Q balls should appear.

Professor Graham White, lead author of the study from Kavli IPMU, explains what a Q-ball is. He says it is a Boson, like the Higgs boson. The Higgs boson appears when the Higgs field is excited. But other elements can also appear in the Higgs field, such as clumps. If we have a field that is very similar to the Higgs field and has a certain charge, not an electrical charge but some kind of charge, then that clump has a charge like a particle. Since the charge cannot simply disappear, the entire field has to "decide" whether it creates clumps or particles. When it takes less energy to form clumps, clumps are formed. The lumps that come together form a Q-ball, he says.

We often say that such Q-balls exist for a while. When the universe expands, they fade more slowly than that Background radiationso that eventually most of the universe's energy is concentrated in Q-balls. In the meantime there are small fluctuations in the radiation density that concentrate where the Q-spheres dominate. And when a Q-ball collapses, it is such a violent phenomenon that Gravitational waves arise.

We could discover them in the decades to come. The nice thing about finding gravitational waves is that the universe is completely transparent to them so they can travel to its origin, says White.

According to theorists, the waves created by the disappearing Q-balls have the right properties to be used by Standard gravitational wave detectors to be captured.