NASA wants a nuclear power plant on the moon 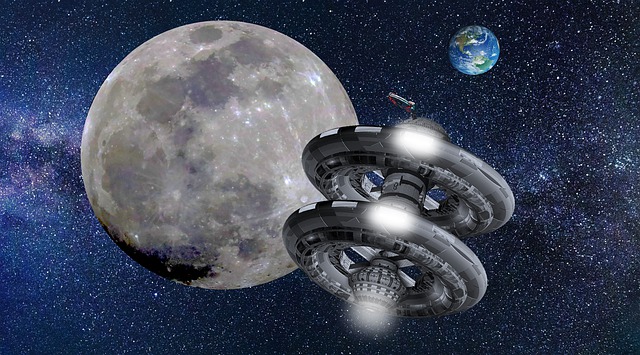 NASA and the Idaho National Laboratory (INL) have announced that they are looking for ideas on how to access the Nuclear energy on the moon Looking for. Establishing a stable energy supply system on the moon is a key element for manned space exploration. That is a goal that we can achieve, "says Sebastian Corbisiero, who is responsible for leading the project.

NASA used the moon as a stage for a manned journey to the Mars believes that a nuclear power plant that is independent of sunlight will provide sufficient energy regardless of the environmental conditions on the moon or Mars. The US Department of Energy and NASA have been talking about the concept of "fission surface powerr "by fission. This is a nuclear reactor with an output calculated in kilowatts. By fissioning uranium nuclei, it would produce an output of at least 10 kilowatts.

It doesn't seem like much compared to the reactors on Earth, but it's enough energy for Space missions. Especially since such a system would be scalable and could supply small space bases or production facilities with a constant amount of energy, for example.

I think such a system will play an enormous role on the Moon and Mars, and as it develops solutions will emerge that will also be useful on Earth, says Jim Reuter of the Space Mission Technology Directorate NASA. The reactor would be built on earth and transported from there to the moon.

The one from the NASA and the INL stipulate that the system should consist of a core filled with uranium, a system for converting energy into a usable form, cooling systems and energy distribution. The entire system should deliver 40 KW of power in continuous operation and work on the moon for 10 years. In addition, the Reactor work without human supervision, be able to switch themselves on and off independently, must be able to work from the lunar module, but at the same time be on a mobile platform that can be set up anywhere. Further requirements relate to its weight and dimensions. When starting from the earth, the reactor should fit into a housing with a diameter of 4 m and a length of 6 m. It must not weigh more than 6000 kilograms.

Preliminary proposals for the design of such a system should be submitted by February 19 next year.