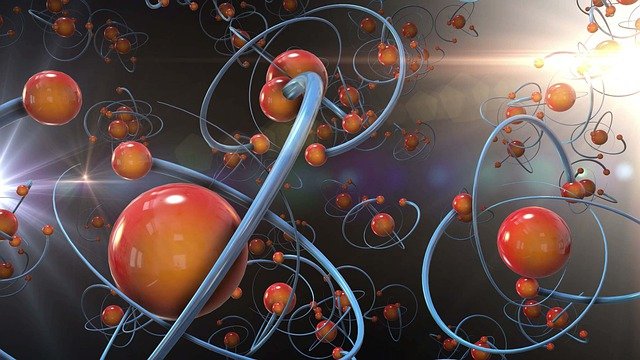 Searching for physical phenomena beyond the Standard Model often requires access to powerful tools like the Large Hadron Collider, underground detectors for neutrinos, dark matter and exotic particles. Such devices are extremely expensive to build and maintain, they take many years to manufacture, and they are scarce, resulting in long queues among scientists. Thanks to scientists from the Netherlands, this could now change. You have developed a technique to confine and examine heavy molecules under laboratory conditions.

Heavy molecules are an excellent object for studying the electric dipole moment of the electron. However, with the methods previously used, it was not possible to capture them in a small laboratory setting.

The standard techniques for determining the electrical Dipole moment of the electron (eEDM) use high-precision spectroscopy. To do this, however, the molecules first have to be slowed down and captured with a laser or an electric trap. The problem is that to discover phenomena beyond the standard model going beyond, you may need to capture molecules that are too heavy to laser capture. Electric traps, on the other hand, enable the capture of heavy ions, but not the capture of electrically inert molecules.

Researchers from the University of Groningen, the Vrije Universiteit Amsterdam and the Nikhef Institute began their work by creating strontium fluoride (SrF) molecules, made by chemical reaction originated in a cryogenic gas at a temperature of about 20 Kelvin. Thanks to the low temperature, these molecules have an initial velocity of 190 m / s, while at room temperature it is around 500 m / s. The molecules are then fed into a 4,5 meter long Stark retarder, where they pass through alternating electric fields first be braked and then stopped. The SrF molecules remain trapped for 50 milliseconds. During this time they can be analyzed with a special laser-induced system. Such measurements make it possible to study the properties of the electrons, including the electric dipole moment, so that one can look for signs of asymmetry.

The Standard Model predicts the existence of an eEDM, but it has an extremely small value. Therefore, this property has not yet been observed. The observation and investigation of the eEDM could indicate the existence of a physics beyond the standard model . indicate
The SrF molecules studied by the Dutch have a mass that is about three times that of other molecules that have been studied with similar methods so far. Our next goal is to capture even heavier molecules, such as B. Barium fluoride (BaF), which has 1,5 times the mass of SrF. Such a molecule would be an even better target for eEDM measurements, says Steven Hoekstra, a physicist at the University of Groningen. Because the heavier the molecule, the more precise the measurements can be.

However, the ability to trap heavy molecules is not only useful for studying the electric dipole moment of an electron. It can also be used to collide heavy molecules at low energies to simulate conditions in space. This, in turn, is used in the investigation of Interactions on the quantum level to be useful. Hoekstra says he and his colleagues will also work on increasing the sensitivity of the measurements by increasing the intensity of the molecular flow. We will also try to capture more complex molecules like BaOH or BaOCH3. We will also use our technology to study asymmetries in chiral molecules, he announced.