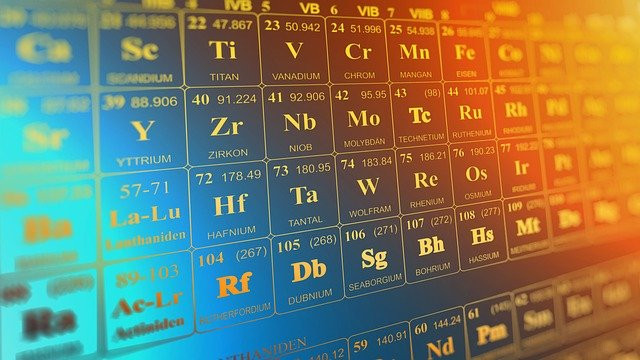 When an over-inflated balloon bursts, its parts fly away in opposite directions and perform various feats in the air. The process of Nuclear fission, in which a nucleus is split in two, accompanied by the emission of several neutrons, works in a similar way. The energy released in the process manifests itself not only in the form of kinetic energy of the fragments that have arisen, but also in the form of rotation and other core excitations. One of the accompanying phenomena is the emission of Gamma ray quantaNot only the surplus of the generated energy, but also the Angular momentum cancel (ie inhibit rotation).

In a splitting system, the initial angular momentum is practically zero and the mechanism of its formation has been an experimentally unexplored mystery for over 40 years. In particular, it was not clear whether it occurs before or after the fission of the atomic nucleus? A series of measurements carried out at the Laboratoire de Physique des 2 Infinis Irène Joliot-Curie (IJC) in Orsay, France, resulted in a groundbreaking solution to this question. The results obtained, published in the journal Nature, are the result of collaboration between physicists from 37 research centers (from 16 countries), including the Faculty of Physics at the University of Warsaw. IJC Laboratory Scientists,

In 2018 more than 1.200 hours of measurements with a collimated fast neutron beam on the ALTO system play an important role. The Neutrons encounter targets containing fissile materials 238U or 232Th and induce nuclear fission. The spontaneous cleavage of 252Cf was also investigated in an additional measurement. The gamma radiation that accompanies the cleavage reactions was determined by a system of around 200 detectors recorded. It was possible to reconstruct cascades of nuclear junctions in about 30 fissure fragments. The results of the analysis of the properties of the emitted radiation clearly showed a lack of radiation in all cases examined Correlation between the angular momentum of the resulting fragments. This means that in contrast to most of the previously used cleavage models, the sources of the Angular momentum are separated and it must arise after the split. In addition, there is no information transfer between the fragments produced. The results obtained allowed us to propose a mechanism that would reduce the generation of angular momentum in the cleavage describes. It assumes that when an atomic nucleus splits, first a constriction and then a splitting into two independent systems of very elongated shape occurs. The new systems tend to be spherical, and the energy associated with the deformation turns into an excitation of the resulting Atomic nuclei implemented. The proposed course of the split explains the statistical Nature of the suggestions, independently for each fragment. The results achieved by the physicists can be applied to the modeling of nuclear reactors in which the gamma radiation emitted by fissure fragments and the multitude of these are important components of heat transport. They are also important for planning experiments to create new superheavy elements and exotic ones Nuclides with a high excess of neutrons.