Cosmic rays will expose the smuggling of hazardous substances 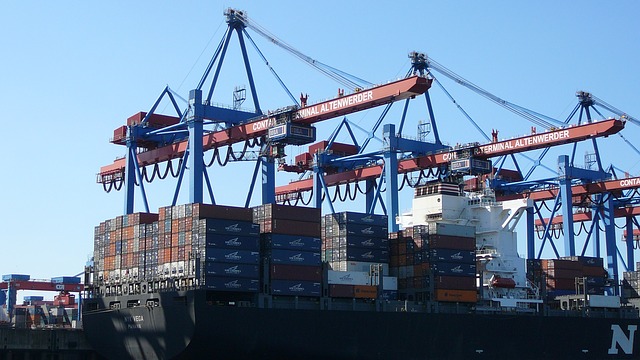 An Italian-American team led by Francesco Giggi from the University of Catania has one Muon tomograph Developed in original size that can scan shipping containers for fissile material. The researchers used two layers of Muon detectors and a special algorithm to create a 3D image of a small lead container hidden in the container.

Many goods are in containers transported around the world. Since they are large and many of them walk around the ports, it is very easy to hide a small object in them. Security experts are increasingly concerned about the risk of fissile material being smuggled in this way. Therefore, there is a need for technology that allows containers to be shipped quickly and reliably scanned without the Flow of goods to interrupt.

One of the most promising options is to use the natural muons that reach the surface of the earth. These arise when high energy cosmic radiation collided with molecules in the upper atmosphere. When muons hit dense matter such as uranium, they scatter on it and are absorbed in a characteristic way that depends on the atomic number of the element of which the material is made.

Muons have been explored for 90 years, and scientists know a lot about their energies, their flow, or their decay. By comparing information about Muonsobtained before and after contact with the examined material, it is possible to determine its composition and position. Such a technique is used in an increasing number of applications. In 2017, thanks to them, a large chamber in one Egyptian pyramid found. The use of muons is very tempting because they reach the surface of the planet evenly. They also penetrate dense materials better than other imaging modalities, including X-rays. The disadvantage of muons is that their flow rate is quite low, so scanning with modern technologies takes a long time.

Riggi and his team combined several techniques to cope with the low flow of Muons deal, and created one Tomograph in original size. Your device is made up of several layers of Scintillator-based muon detectors. detectors are attached above and below the object to be examined. The algorithm receives information about what properties the muons had before they hit the scanned container and what after they left it. On this basis, it calculates the trajectories of the muons and estimates where they came closest to the atoms with heavy nuclei. This information becomes a 3D image of the dense material in the scanned area. The one mentioned Muon tomographh allows the placement of an object with an area of ​​18 m2 and is able to find and determine the position of an object located in such a container with a side of approx. 20 cm. The researchers assure that the Scanneras soon as he has reduced his working hours, to a standard device in Port terminals all over the world could be.