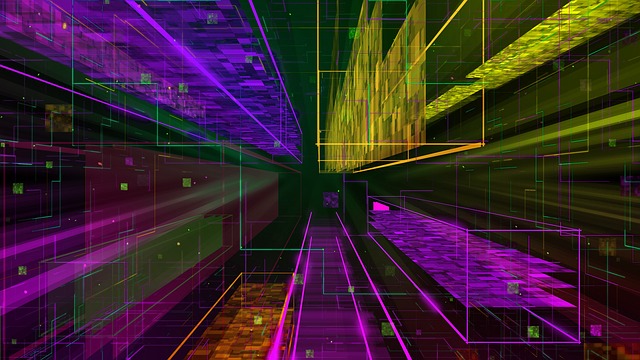 Chinese scientists have the world's first integrated Quantum communication network created connecting more than 700 fiber optic cables on earth to two satellites. It is over 4600 km long and connects users from Beijing to Shanghai. It is the largest such network in the world and an important step in terms of data security. Jianwei Pan, Yuao Chen and Chengzhi Peng from the University of Science and Technology in Hefei announced the results in "Nature"(http://dx.doi.org/10.1038/s41586-020-03093-8). They give hope for global, practical applications of similar communication technologies in the future.

What is quantum communication? It uses quantum signals to transmit data, making theft virtually impossible. It solves one of the biggest problems facing the modern internet, namely its vulnerability to hacker attacks.

Quantum physics knows the concept of "Entanglement"of particles. In a simplistic way, one can say that two particles remain so strongly connected with each other that they always have a twin shape. Trying to manipulate one of them immediately changes the other particle as well, no matter where it is This combination makes a hacker attack impossible because it would be intercepted immediately and the attacked signal would be resolved.

The core of quantum communication is the quantum key distribution (QKD), which uses the quantum states of particles to create a sequence of zeros and ones. Every interception attempt between the sender and recipient changes this order (key) and is noticed immediately. In contrast to conventional data encryption (e.g. blockchain technology), the Quantum communication as absolutely safe. It is for transferring banking, military, or governmental Key infrastructure information intended.

However, the QKD technology significant restrictions, especially in terms of range. So far, it has enabled data transmission over a distance of just a few hundred kilometers with fiber optics and over a distance of around a thousand kilometers with satellites and ground stations. In 2016, China launched the world's first Quantum communication satellites (QUESS)which enabled the technology to be used between two ground stations 2.600 km apart. In 2017, more than 2.000 km of dedicated fiber optic network was completed for QKD between Beijing and Shanghai.

The terrestrial fiber optic network and the satellite connections were integrated with the help of Trusted Relays. This enabled a communications network to be built that serves more than 150 users across China, including state and local banks, municipal energy networks, and government websites.

The work of the Chinese researchers proves that quantum communication technology can be put to practical use on a large scale in the future. It is also possible to have a global Quantum communication network to be created when national networks are integrated and universities, institutions and companies come together to standardize the corresponding protocols and devices.

In recent years, the Chinese team has intensively tested and improved the performance of its network. The researchers managed to determine the frequency of the QKD key generationg by 40 times to 47,8 kb per second and also to increase the range of the ground-based key transmission.
The further development of quantum networks is of interest to researchers from Austria, Italy, Russia and Canada. Among other things, they want to put a satellite high enough to orbit a QKD data transfer over much greater distances.