The new frontier of the universe. The most distant and oldest known galaxy has been discovered 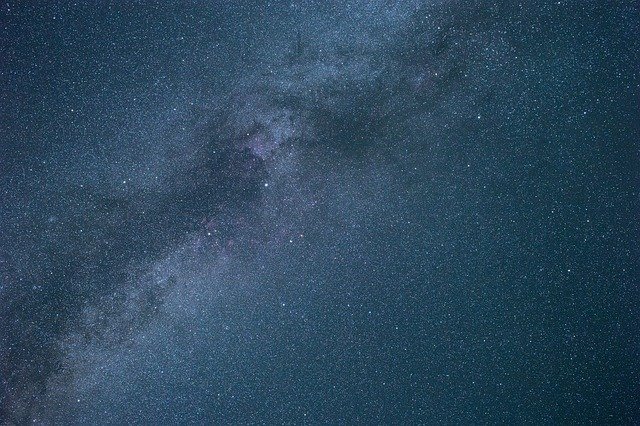 Astronomers have found evidence of a galaxy whose light took 13,4 billion years to reach us. This is a new record that sets the current limit of the universe we know.

Philosophers and scholars have always puzzled over the beginning of time and tried to find out when everything began. It was only in the age of modern astronomy that we came close to the answer to this question. According to the most popular cosmological models, the universe began with the Big Bang, which happened about 13,8 billion years ago. But astronomers are still unsure of what the early universe looked like and call the first billion years of its existence the "dark ages". That is why they are constantly improving their scientific instruments to see even the most distant galaxies. Thanks to new research by an international team of scientists, the oldest galaxy observed to date has been identified in our universe. It is called GN-z11 bezeichnet.

The research was recently published in the journal "Nature Astronomy" released.

It was conducted by a team led by Linhua Jiang from the Kavli Institute for Astronomy and Astrophysics and Prof. Nobunari Kashikawa from the University of Tokyo. Scientists from the Carnegie Institution for Science, Steward Observatory, Geneva Observatory and Peking University were also involved in the project. The cosmic "dark age" began about 370.000 years after the Big Bang and lasted for another billion years. During this time, the only sources of light were either the earlier released photons (which are still called Microwave background radiation - CMB - are detectable) or those released by neutral hydrogen atoms. The light from these photons is invisible to us today. This effect is as Redshift known, in which the wavelength of light on the way to earth through the ever expanding cosmos is "shifted" to the red end of the spectrum. For objects approaching our galaxy, the effect is reversed, the wavelength shortens and shifts to the blue end of the spectrum (the so-called violet shift).

For nearly a century, astronomers have used these effects to determine the distance between galaxies and the rate of expansion of the universe. In this case, the research team used that Keck I telescope in Maunakea, Hawaii, to see the redshift in the light of the galaxy GN-z11 to eat. It turned out to be the most distant (and therefore also the oldest) galaxy ever observed.

"Research shows that the Galaxy GN-z11 appears to be the most distant detectable galaxy, 13,4 billion light years from Earth. However, measuring and verifying such a distance is not an easy task, "Kashikawa wrote in a message. According to astronomers, the object existed only 400 million years after the Big Bang.

From an earthly perspective, GN-z11 is so far away that it defines the limit of the observable universe. While this galaxy has been observed (through the Hubble Telescope) in the past, researchers needed the power and spectroscopic instruments of the Keck Observatory to make accurate measurements. This enabled much more accurate distance estimates to be made for this galaxy.

If subsequent observations confirm the latest research, astronomers will be able to say with confidence that GN-z11 is the most distant galaxy ever observed. By studying objects like this, scientists hope to shed light on a time when the universe was only a few hundred million years old.

It was then that the universe began to emerge from the "dark ages", and the first stars and galaxies emerged and filled the cosmos with visible light. By studying this period, astronomers hope to learn more about how the great structures of the universe later evolved. Next-generation telescopes such as the James Webb Space Telescope (JWST) - slated to launch on October 31, 2021 - will help.
These instruments will even make it possible to examine the "dark ages" of the history of the universe itself. This can be a very exciting time for astronomers.
The investigations were carried out as part of the Multi-Object Spectrograph for Infrared Exploration (MOSFIRE) carried out.