Zeptoseconds. Scientists have measured the shortest amount of time in history 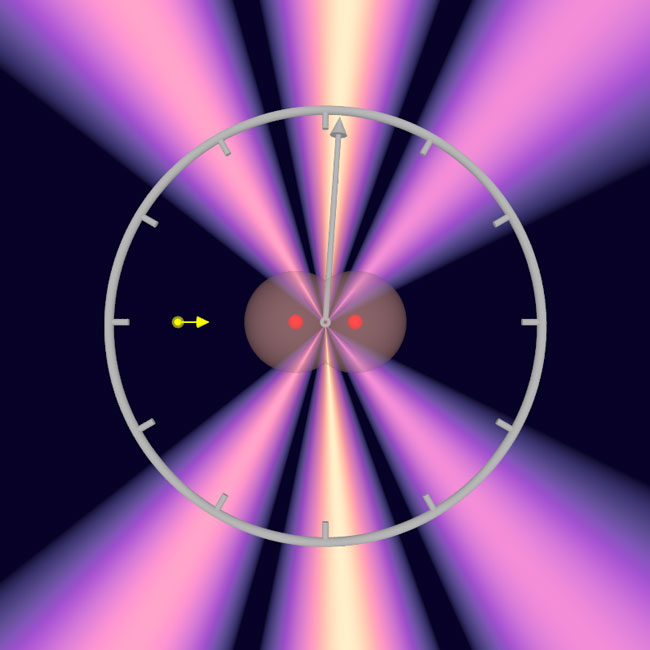 A team of German scientists measured the passage of photons through the hydrogen molecule. This is the shortest measurement of a period of time so far and is expressed in zeptoseconds or trillions of seconds. Physicists at the Johann Wolfgang Goethe University in Frankfurt have measured how in collaboration with scientists from the Fritz Haber Institute in Berlin and DESY in Hamburg long it takes a photon to traverse a hydrogen particle. The result they obtained is 247 zeptoseconds for the average bond length of the particle. This is the shortest time span that has been measured so far.

The results are published in the magazine "Science" described in detail. (https://science.sciencemag.org/cgi/doi/10.1126/science.abb9318)

In his 1999 Nobel Prize-winning work, Egyptian chemist Ahmed Zewail measured the speed with which particles change shape. Using ultrashort laser flashes, he discovered that the formation and breaking of chemical bonds takes place in the femtosecond range. A femtosecond is equal to one billionth of a second (0,0000000000000000001 second, 10E-15 seconds).

But German physicists have studied a process that is much shorter than the femtosecond. They measured how long it takes a photon to penetrate a hydrogen molecule. The measurements showed that the photon journey takes 247 zeptoseconds for the average particle binding length, and one zeptosecond equals one trillionth of a second (0,00000000000000000000001 second, 10E-21).

The first recording of a phenomenon of such short duration was in 2016. It was then that scientists captured the electron released from the bonds of the original helium atom. They estimated that this loop lasted 850 zeptoseconds. The results of these measurements appeared in the journal "Nature Physics".

To measure this extremely short photon journey through the hydrogen (H2) molecule, the physicist Reinhard Dörner from the Johann Wolfgang Goethe University and his colleagues recorded X-rays at the PETRA III accelerator at DESY (German Electron Synchrotron) in Hamburg. The scientists adjusted the X-ray energy so that a single photon knocked both electrons out of the hydrogen particle. The first was ejected and a wave developed, to which a wave of the second electron joined after an extremely short time. The photon behaved like a flat pebble that bounced off the surface of the water and, in this case, bounced twice on waves.

The scientists measured the interference pattern of the first ejected electron using the COLTRIMS (Cold Target Recoil Ion Momentum Spectroscopy) tool, a camera that shows ultrafast processes in atoms and particles. At the same time as the interference image, the COLTRIMS device could determine the position of the hydrogen molecule during the interaction.

- As we knew the spatial orientation of the hydrogen molecule, we used the interference of two electron waves to calculate exactly when the photon reached the first and the second hydrogen atom, "says Sven Grundmann from the University of Rostock, Germany, co-author of the study .
It took 247 zeptoseconds for the photon to pass between the atoms. - For the first time we have observed that electrons in a molecule do not always react to light at the same time. The delay occurs because the information in the molecule only propagates at the speed of light, "explains Dörner.