Scientists have precisely calculated the amount of matter in the universe 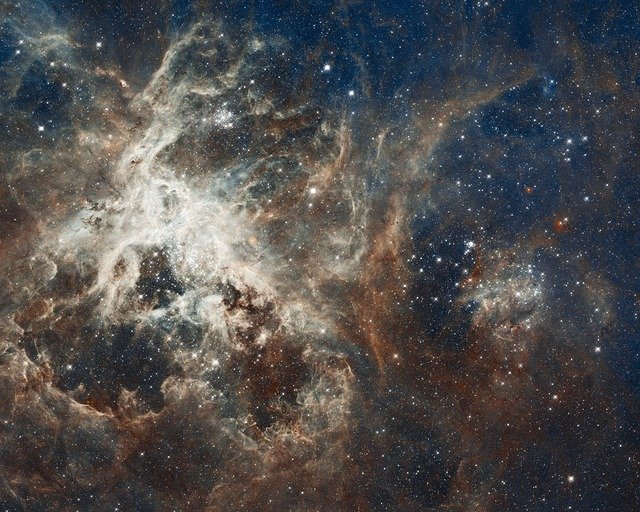 One of the most important goals in astronomy is to accurately measure the total amount of matter in the universe. This is a very difficult task even for the most advanced mathematician. A team of scientists from the University of California at Riverside performed such calculations. The research was conducted in Astrophysical Journal released. The team of scientists found that known matter makes up 31 percent of the total amount of matter and energy in the universe. The remaining 69 percent are dark matter and energy.

- If all the matter in the universe were evenly distributed in space, there would be an average of only about six hydrogen atoms per cubic meter, "says research chief author Mohamed Abdullah of the University of California, Riverside. The scientist emphasizes, however, that most matter is actually dark Matter is. - So we can't really talk about hydrogen atoms, but about matter that cosmologists don't yet understand, "he says. Dark matter doesn't emit or reflect light, making it very difficult to see. But their existence is betrayed by their gravitational effects. This is how scientists explain the anomalies in the rotation of galaxies and the movement of galaxies in galaxy clusters. Scientists are still trying to figure out what exactly is the nature of dark matter and what creates it, but despite years of research, they are standing on the spot.
It is believed that dark matter in the universe is not baryonic. It is likely made up of as-yet-undiscovered subatomic particles. But since it does not interact with light like normal matter, it can only be observed through gravitational effects, which cannot be explained unless there is more matter than can be seen. For this reason, most experts believe that dark matter is ubiquitous in the universe and has a strong influence on its structure and evolution.
Abdullah explains that one of the good techniques for determining the total amount of matter in the universe is to compare the number of galaxies observed against selected volume units and mathematical models. Since modern galaxies are formed from matter that has changed over billions of years due to gravity, it is possible to predict the amount of matter in the universe.

- More matter would create more clusters, "says Abdullah. - The challenge for our team was to measure the number of galaxy clusters for further calculations. However, it is difficult to measure the mass of a cluster accurately because most of the matter is dark matter so we can't see them through telescopes, "he adds.

Measuring the mass of the universe

A team of astronomers first developed a tool to measure the mass of galaxies. Then the scientists applied it to the data previously collected from the Sloan Digital Sky Survey (SDSS), a publicly available catalog of known galaxies. Finally, they performed calculations and simulations to determine the total amount of matter in the universe.

- We have succeeded in taking one of the most precise measurements in the history of this type of research - convinced the co-author of the publication, Professor Gillian Wilson. - In addition, the method we used gave a similar result to other techniques, "she adds.

- The great advantage of our technique was that we could determine the mass of each cluster individually instead of relying on more indirect statistical methods, "says Anatoly Klypin, an expert in mathematical simulations and co-author of the study.
Thanks to the combination of measurements from many teams using different techniques, the scientists found that the matter known to us is about 31,5 percent. (plus minus 1,3%) of all matter and energy in the universe. Cosmologists believe that only 20% of this matter is regular matter, that is, baryon, made up of galaxies, stars or atoms. The rest, 80%, is dark matter.