Laser physics deals with the functioning of lasers and Laser technologies. Your main task is the development of new lasers and the optimization of existing laser technologies for research laboratories, industry and medicine, among others.

What is a laser

In a laser it is easy to get radiation with a very small emission line width, which corresponds to a very high power in a selected narrow spectral range. With pulsed lasers, very high pulse powers and very short pulse durations can be achieved for an optimal laser beam.

Structure of a laser

The main components of a laser are:

The pumping system supplies energy to the active medium. In the active medium, the laser action, ie quantum photon amplification, takes place under suitable conditions. And the optical system enables the selection of suitable photons.

Because of their possible harmful effects, lasers are used in several different ways Laser classes according to DIN EN 60825-1: 2008-05 (safety of laser equipment) and must be marked accordingly. The manufacturer of a laser is responsible for making the correct classification, ie placing the laser in the correct class. Basically: the higher the hazard potential of the laser and the laser radiation, the higher the laser class.

Class 1 lasers have the lowest hazard potential, as the laser radiation is very weak (<0,4 mW) and visible. They are almost harmless or are located in a closed housing and therefore have no harmful effect.

Class 2 lasers are almost harmless to the human eye when exposed to brief exposure (<0,25 seconds). However, prolonged exposure can dazzle the viewer, which can damage the retina. The laser radiation is in the power range below 1 mW and in the visible range between 400 and 700 nm wavelength.

Class 3 lasers are at least potentially harmful to the eyes and possibly the skin. Various protective measures must be taken when operating class 3 lasers. In principle, it is necessary to wear special protective goggles, appoint a laser safety officer and report that the laser is being used. Class 3 lasers are divided as follows:

Laser radiation from class 3R lasers is potentially dangerous to the human eye. The power of the laser radiation in the visible range is <5 mW in the wavelength range from 302,5 nm to 106 nm. The use of the laser must be reported, protective goggles must be worn, and a laser safety officer must be appointed.

Lasers of laser class 3R are used in particular as laser projectors, industrial lasers for material processing or as show lasers.

Laser radiation from class 3B lasers is harmful to the human eye and in certain cases also to the skin. Lasers of laser class 3B have a power of 5 mW to 500 mW, the wavelength is between 302,5 nm and 106 nm. In addition to the protective measures of laser class 3R, lasers of class 3B may only be used in demarcated areas, which are accessed with warning lights must be provided.

High performance laser are classified in laser class 4 and are the most dangerous lasers. Their laser radiation can cause serious damage to eyes and skin as well as cause fires and explosions. The power of high-power class 4 lasers is> 500 mW and in the wavelength range between 302,5 nm and 106 nm.

Digital Think Tank will be happy to advise you on problems or optimization of your laser system. Our experts have knowledge and in-depth expertise on most types of lasers, among others Solid-state lasers, Semiconductor laser, various Gas laser and Excimer laser. Take Contact up with us! 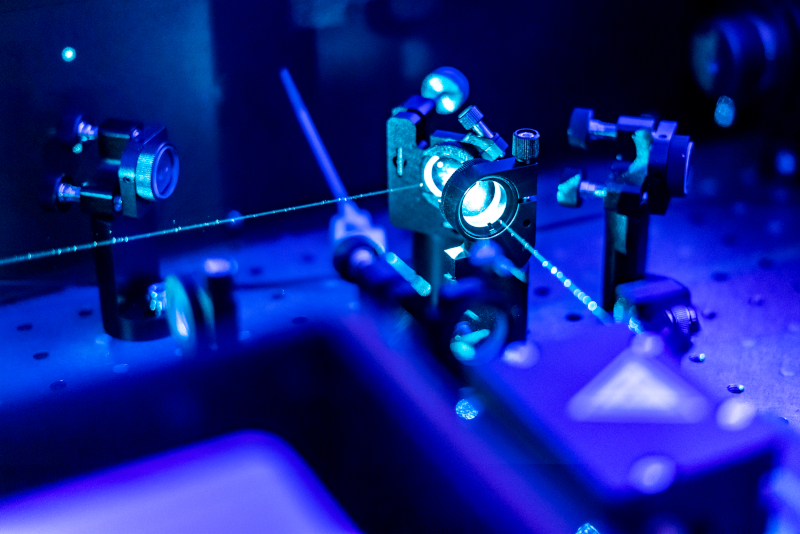