They can help in space mining ... bacteria

In space you can find rich deposits of rare minerals, such as the helium isotope Hel-3, which occurs in trace amounts on our planet and which is an efficient fuel for future space missions, but also one 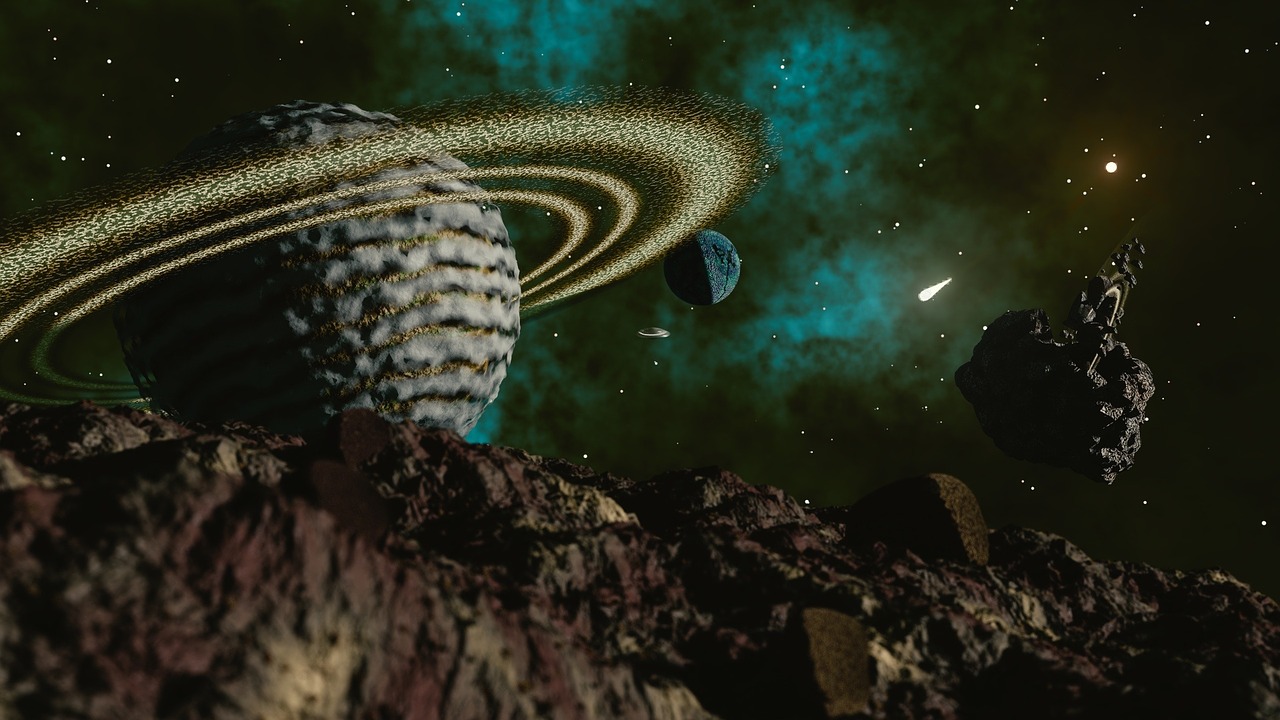 can be an efficient source of energy. But there are also other raw materials in space rocks: platinum and tungsten, iridium, osmium, palladium, rhenium, rhodium and ruthenium. Ice in space can also be an important element for possible colonization missions.

It will not be easy to extract minerals from rocks flying in space. It won't be cheap either, but the wealth there should allow companies that choose to invest in space mining to refinance the expenses they made. More than 500 asteroids, each worth over $ 100 trillion, circulate in the space of the solar system. It should be noted that these are only those that have been examined by humans, at least for a short time, because there can be many more.

Establishing a permanent human presence in space requires sourcing the necessary resources locally. Sending materials from Earth may only make sense at the beginning of the project, over time it becomes too expensive. Even with the cheapest option, SpaceX's Falcon Heavy rocket, a kilogram of cargo costs around $ 1500.

In space environments such as asteroids, moon and Mars, material extraction will be vital in the construction of human facilities. Although asteroids and the moon provide abundant sources of many metals that are certainly needed, that arises
Question: How can they be obtained in such a different environment? Bacteria can come in handy.

Bacteria can help in mining

Experiments on the International Space Station have shown that bacteria can improve the efficiency of space mining by more than 400 percent and provide much easier access to materials like magnesium, iron, and rare earth metals, which are widely used in electronics.

On earth, bacteria play a very important role in the extraction of minerals. They are involved in the natural weathering and decomposition of rocks and release the minerals they contain. This ability was used to support mining by humans. Biomining has many advantages. For example, it can help reduce reliance on cyanide for gold mining. Bacteria can also help decontaminate contaminated soil.
- Microorganisms are very versatile and can be used for a wide variety of processes in space, "said Rosa Santomartino of the University of Edinburgh in the UK. - The extraction of raw materials is potentially one of them," she added.

Experiments on the ISS

Scientists have long wondered what to do to make space mining a viable option. Your attention was drawn to bacteria. An international team developed a small device the size of a matchbox that was to serve as a test field for biogas production. 18 such biogas reactors, as they were called by scientists, were sent to the ISS in July 2019 to carry out experiments in low orbit around the earth under microgravity conditions.
In each of the reactors, the researchers placed a piece of basalt - a type of volcanic rock that is found in large quantities on the moon. These basalt pieces were immersed in solutions of three different types of bacteria - Sphingomonas desiccabilis, Bacillus subtilis and Cupriavidus metallidurans - for three weeks. The scientists wanted to test whether biogas, which is successfully used on earth, can also be used in space.

The results of the experiments, which appeared in the journal Nature Communications, show that microgravity, but also simulated gravity, both terrestrial and Martian, did not specifically change the work of bacteria. In B. subtilis and C. metallidurans the extraction of rare earth minerals did not differ significantly from the control solution. But the S. desiccabilis solution extracted many more rare earth minerals from basalt than the control solution under all three gravitational conditions on the ISS. These bacteria acquired cerium and neodymium with a yield similar to that on earth. It should be added here that biogas methods are four times more efficient than non-biological techniques.

Microgravity has been shown to affect microbiological processes before, so the similarity between the mineral concentrations obtained under all three gravity conditions came as a bit of a surprise. However, the team found that all three bacteria reached similar concentrations under all three gravity conditions, likely because they had enough nutrients.
The researchers concluded that with enough nutrients, biogas production is possible under various gravity conditions. - Our experiments support the scientific and technological feasibility of biologically assisted extraction of elements in the solar system, "said astrobiologist Charles Cockell of the University of Edinburgh.

Although it is currently not economically viable to mine raw materials in space and bring them to Earth, biological mining has the potential to support the self-sustaining human presence in space.