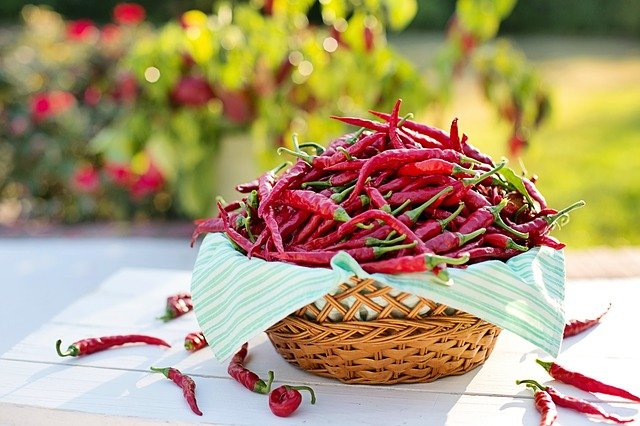 A prototype of the device for determining the degree of spiciness of chili peppers was built by a research group led by Professor Warakorn Limbut from Prince Songkel University in Thailand. A research discussion about a new type of sensor that can be attached to a smartphone and display the measurement result appeared in the magazine "ACS Applied Nano Materials".

The sensor, named Chilica-Pod, uses strips of paper with graphene nanoplates that are doped with nitrogen atoms. After adding the dried chilli sample to the ethanol solution and shaking, a drop of this liquid is placed on the strip. Capsaicin, the compound responsible for the spiciness of the chilli flavor, oxidizes when mixed with graphene and nitrogen to create an electrical current - the higher the capsaicin concentration, the higher the current. Hence the easy way to measure the capsaicin concentration. This information is displayed on the screen of the connected smartphone on which the application is running Chilica pod device, In the sample-treated strips are inserted, it was built into a chic red housing modeled on the chilli pepper. This technique has so far been tested on six varieties of chilli and has shown capsaicin levels that are consistent with larger, more expensive laboratory equipment.