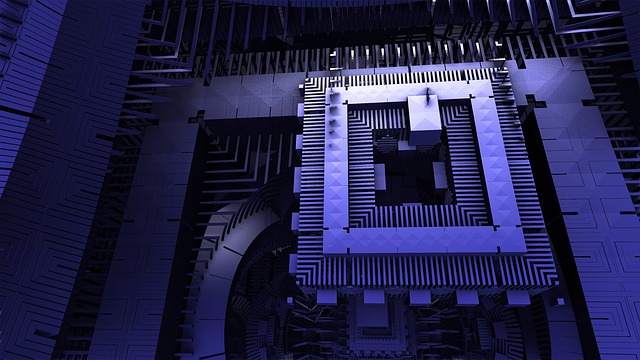 Recent actions by IT giants like Google and pharmaceutical companies suggest that the first really useful application of quantum computers related to working on new calculations drugs could be. quantum computers will - at least theoretically - have a performance that cannot be achieved by classic computers. This follows directly from the principle of how they work. In addition, a small excursion to the Qubit world:

The smallest unit of information is a bit. It is represented by "0" or "1". If we imagine a set of three bits, each of which can store the value "0" or "1", we can create 8 different combinations of ones and zeros (2 ^ 3). In the classic computer, however, we can only write one of these combinations at a given moment and we will only perform calculations on one. in the quantum computers however, we don't have bits, but quantum bits, qubits. And from the laws of quantum mechanics we know that the qubit does not have a fixed value. It can therefore take on both values ​​at the same time: "0" and "1". This is known as superposition. And that means that we can store all possible combinations of zeros and ones at any point in time and use them to perform calculations. This in turn shows that a three-bit quantum computer - at least in theory - is eight times faster than a classic three-bit computer. Since we have 64-bitprocessors use it is easy to calculate that a 64 bitquantum computers... 18 trillion (2 ^ 64) times faster than a classic computer.

The only question that remains is: Why would someone need such a large amount of computing power? It turns out that they would be very useful to pharmaceutical companies. And these companies obviously know that very well. Your recent actions bear witness to this. In January there was the largest private Pharmaceutical company Boehringer Ingelheim announced that it is working with Google to quantum computers to be used in research and development. That same month Roche, the world's largest pharmaceutical company, announced that it had been using it for some time Cambridge Quantum Computing working together to Quantum algorithms for the first Drug research to develop.

Currently they are conventional for this type of research High Performance Computing (HPC) systeme like Supercomputer used. The upper limit of today's HPC's capabilities is precision computing on molecules with a complexity similar to that of a caffeine molecule, says Chad Edwards, director of Cambridge Quantum Computing. The caffeine molecule consists of 24 atoms. In pharmacy, we are dealing with much larger molecules, proteins made up of thousands of atoms. If we want to understand how systems work on the principles of quantum mechanics, that is, how chemistry works, then we need machines that use quantum mechanics at work, Edwards adds. Cambridge Quantum Computing is unable to build quantum computers. It works with Quantum algorithms. A very important area of ​​the work of Cambridge Quantum Computing is that Quantum chemistry. Specialists help solve problems such as finding the molecules that bind most strongly to certain proteins.

However, at the moment we have very primitive ones quantum computers. They are able to do calculations for molecules of 5-10 atoms, while pharmaceutical companies have to work with molecules of 30-40 atoms at least. Therefore, calculations are currently being performed on fragments of molecules and then special calculation methods are used to find out how these fragments will behave together. Edwards says that quantum computers will be faster than conventional computers in the future, but the most important thing is accuracy. Quantum machines will do much more accurate calculations. How high the hopes on quantum computers are shows the fact that large pharmaceutical companies are called a consortium QuPharm founded to accelerate the development of quantum computers for drug manufacturing. QuPharm works with the Quantum Economic Development Consortium (QED-C), which was founded to support the development of commercial quantum computing applications for science and technology. It also works with the Pistoia Alliance, which aims to innovate in the Life Sciences to accelerate.